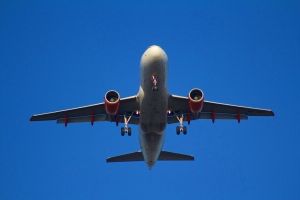 For a Pilot, missing an item on a checklist could mean the difference between life and death.

They already know all the steps necessary to get their plane off the ground and return it safely, but by having a checklist, it ensures that everything that should be done, IS actually done, thereby raising the rate of success.

While you might not always be involved in life and death situations every day, checklists can still be a good way of helping you get to your destination.

What makes a good checklist

Everyone's heard of checklists, but most people never use them properly. In the average person's mind, a checklist is the same thing as a to-do list. It's something they scan until they find an easy task to do. When they're finished, they put a check mark beside it. A to-do list simply lists off things you’ve jotted down that would be nice to get done.

A checklist, on the other hand, is a list of actions that you plan on completing that will move you towards a definite goal.

Creating and executing an effective checklist can offer incredible results and it’s something you systematically work through, not pick and choose from like a menu.

Checklists are uncool, but effective

Checklists shouldn't have anything surprising on them. They're not meant to be a mystery novel. What they're best used for is to help you do the right things in the right order on a consistent basis.

It’s a step-by-step process no different from your morning routine to get yourself ready for work each day, except that you are checking off each item as you do it. Building a habit of success comes from doing important, but sometimes boring and mundane tasks over and over again.

Listen to your doctor

For some reason, checklists in hospital operating rooms aren't as prevalent as in the sky, but that's quickly changing, since surgical errors can be disastrous.

An Australian initiative recommended an operating room checklist with simple items like having everyone introduce himself or herself to make it easier for a lower level employees to speak out if they notice something wrong. From the results they're getting, it looks like something as simple as a checklist is helping them to significantly reduce the number of surgical errors occurring, which is good news for patients everywhere.

Building a habit needs both consistency and motivation

The key to building a new habit, or even just reinforcing an old one is consistency. If you went onto the street and asked people how long it takes to create a habit, most would say something close to 21 days.

That’s only half the story.

How much motivation you have towards building the new habit is just as important as how many days in a row you perform the action.

Let me give you an example. Let's say I randomly decided to make you drink cod liver oil every day for 21 days.

I'm sure there are a few people out there who would say, “Yummy,” but for most people, it's probably more like, “Yuck, this is disgusting.”

After 21 days, when I stop forcing you to drink the cod liver oil, what are the chances of you continuing to drink it?

It's probably because the cod liver oil tastes terrible, and you don't see how it's helping your life.

So what do we learn from this?

It's that you should only put things on your checklist that you're serious about and 100% committed to finishing.

It seems like common sense to only set goals for things you're motivated to finish, but in reality that rarely happens; it’s human nature.

You see it every January 1st

Take New Year’s resolutions, for example. Every year, like clockwork, on January 1st, people around the world sit down and write out a list of cool things that they'd like to do, or should do. But, that's all it is, a list. It's a collection of nice things, that if you do them, you think would make you feel good. However in reality it’s not necessarily the same list of items that you are actually committed to. And furthermore, a change in priorities throughout the year makes that resolution list even less likely to be attainable.

For instance: If you choose to run a marathon, you'll likely need to stay motivated for a long time, since most conventional wisdom suggests that you train somewhere between 4-6 days a week for at least 3-6 months depending on the shape you're in. You have to be willing to put in enough effort over a long period of time to get the results you're after.

Checklists work for in almost any environment

For over 25 years, Greg Gazin, AKA The Gadget Guy has been a self-professed serial entrepreneur, Gadget Greg is on the go 18/7 and always has gadgets in tow. He says:

“Because of the nature of what I do, I have so many different things going on in my head. If I’m reviewing gadgets, I keep a checklist of things I want to test; when speaking, especially on the road, I make a checklist of not only the clothes I need to take, documents I need to have, but also a list of all gadgets and accessories I need to take. I could be dead in the water if I’m missing even a small adapter. Checklists keep me on track because I physically have to stop and check off the box. This forces me to think.”

Gazin even has a checklist template for the simple reason that there are a number of things he takes with him that are the same each time. “It stops me from recreating the wheel each time getting ready for a trip.”

Get your checklist started today

Let's face it; our lives are hectic.

Fortunately, something as simple yet powerful as a well thought out checklist can add stability to it and foster growth and success. Even if you're not a pilot, surgeon, or tech guru, using lists is a time-tested way to accomplish important things on a consistent basis.

The key is to figure out what you're committed to doing and then follow through and do the work.

Why not take a few minutes to sit down and start a checklist and build towards your success? By keeping it short, sweet and succinct, you'll raise the chances of those tasks being done, and you’ll be amazed how little time it actually takes.


Warning: Use of undefined constant GLOB_BRACE - assumed 'GLOB_BRACE' (this will throw an Error in a future version of PHP) in /var/www/wp-content/plugins/social-media-icons-widget/lib/widget.php on line 55

Warning: Use of undefined constant GLOB_BRACE - assumed 'GLOB_BRACE' (this will throw an Error in a future version of PHP) in /var/www/wp-content/plugins/social-media-icons-widget/lib/widget.php on line 55

Warning: Use of undefined constant GLOB_BRACE - assumed 'GLOB_BRACE' (this will throw an Error in a future version of PHP) in /var/www/wp-content/plugins/social-media-icons-widget/lib/widget.php on line 55