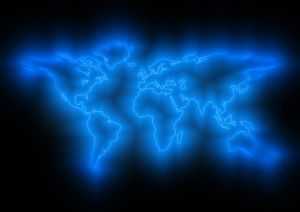 What’s in a name?

Have you ever come across a name that looked impossible to pronounce. In life, learning how to say someone's name correctly is incredibly important.

It’s been said that a person’s name is the sweetest sound to them. You might have noticed that over that last few years, telemarketers have been trying to use your name more. You’ve probably spoken to a call centre representative, who says, OK, Mr. Smith, I’m going to change your service Mr. Smith. Now Mr. Smith, I want to thank you for calling, Mr. Smith and hope you have a great day…Mr. Smith.

It’s true that using someone’s name can be beneficial, but there is a limit. When a name is used too often, it turns into an abuse of the ‘privilege’ of using the name.

My last name is Achtzener (think Ox-ner). It’s tough for most people to pronounce. I often get call centre reps saying something like, “OK, Mr…..ah, uh, ah…Mr. ah….. I then step in and give the the correct pronunciation. Then, less than one minute later, they butcher my name again, and then again later on. I personally don’t mind if someone tries to say my name and is a little off, but when they ask for the pronunciation and they say something completely different, it makes you wonder.

I’ve learned from experience, that saying a name once or twice during a conversation can add weight, but you need to be close when you say the name. Otherwise, you might want to avoid using it.

3 strategies to help your pronunciation

Even if you screw up once or twice, keep developing your ability to pronounce names correctly. It’s another of those little things you can do to make yourself great.