This post is part of a 3-part series on delegation:

How to Delegate Effectively – Part 1: It’s a Process

How to Delegate Effectively – Part 3 – 7 Steps of Effective Delegators 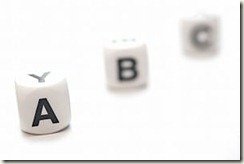 To start off, I'm going to state the obvious, or at least I think it's fairly obvious. A key to getting more out of delegation is to delegate cool tasks.

Most people tell you not to. They recommend delegating the crap jobs you hate doing. That may sound good when you first hear it, but guess what, your subordinates hate those jobs too.

On a more serious note… your ultimate goal should be to delegate anything that doesn’t require your direct attention.

That's a much simpler way to delegate. Of course, you can’t just throw your subordinate under a bus by giving them complex work right from the beginning. It’s best to use a strategy to start them at a reasonable level of responsibility and then begin adding complexity from there.

What should you start with?

We’ll use the traditional A, B, C classifications as we talk about levels of importance:

A Tasks – Top Priority tasks. Not doing these would be catastrophic to your business and career.

B Tasks – Important tasks. These need to be done. They might not be time critical right now, but if ignored, they will come back to haunt you.

The key to delegating effectively is to start small, then make small changes as a subordinates abilities progress.

Begin by delegating some of the C items on your list to start.

I know that I usually talk about how you should forget about C tasks, but in the case of beginning a delegation routine, it's important to use manageable tasks. If a C task isn’t done right, it’s not the end of the world. There are plenty of C tasks that are still engaging and require good work, so the subordinate won't be turned off.

The next step in the process is to move the subordinate up the ladder and start having them perform B tasks.

None of this is rocket science, but I hear about managers pushing people too quickly all the time.

They'll say things that blow my mind like, “Well, they entered data into a spreadsheet perfectly for the last two weeks, so now they ‘re in charge of the sales report for the entire East coast.” That sounds absurd, but isn’t it true that in this day and age, we feel like there isn't time to properly train people.

A common perception, and I believe it's a misconception, is that people can learn effectively on the job, by simply shadowing another employee. Although I'm OK with shadowing, and think it's a big part of learning the ropes in a job, I look at it as only providing the first 80% of the required training for a new employee.

The last 20% comes from 1 on 1's with a manager, who assesses the employees individual needs, and then delegates tasks that will showcase the employees strengths and challenge them to raise their performance on other tasks.

Handing off important A level tasks

The top tier of delegation is the ability to give a subordinate a high-priority task and have them run with it.

As we talked about in the first post, there should still be constant communication up the chain of command as the work is completed, since the manager still has the ultimate accountability on the task, and should know how it’s progressing.

It’s important to remember that although someone may have a high level of skill in one area of the business, you shouldn't expect them to do equally well in all facets of their role.

That's fine, and completely normal. Obviously the goal is to progress people up on every level, but that may not always be possible, or it may take time as the employee rounds out their skill set.

Read the rest of the posts

This post is part of a 3-part series on delegation:

How to Delegate Effectively – Part 1: It’s a Process