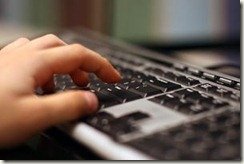 You can read the other posts in the series here:

How to Delegate Effectively–Part 1: It’s a Process

Here’s a 7 step system for effectively delegating. I’ve used it in blue collar and white collar settings, and this framework has worked fine in both situations.

When you read it at first, it may seem like it’ll take a long time to use, but it won’t.

Here are the 7 steps:

Before new work begins, it makes sense to fully describe what the subordinate will be doing. This gives them a chance to mentally prepare for the work, and it initially exposes them to the task in a safe way, because you’re not expecting them to jump in immediately.

This step can vary in length depending on the task you’re delegating, but it could take anywhere from 30 seconds on a simple task (simple to the subordinate, not you) all the way up to several hours for highly complex work.

Describing the work does 2 key things:

This is where you show the subordinate in a deliberate and careful way, how to perform the task. Yes, it’ll take time to demonstrate, but that extra attention to detail is what sets apart the great from the good in leadership.

Take your time during this phase and explain everything in detail as you proceed. It’s always better to spend a few more minutes now, than having to go back and fix huge mistakes later.

Now, it’s your turn to watch the subordinate do the work. The key here is to be patient and remember that they’re new to this.

It’s easy to get frustrated as you watch someone taking what seems like forever to complete a task, but it’s all part of the process. By keeping your cool, it’ll allow the subordinate to start concentrating on what they’re doing, instead of worrying that you’re watching every move they make. It’ll also open the door for them to ask questions.

Show the task being performed again. Put an extra emphasis on areas where the subordinate forgot a step or made a mistake.

The key here is to keep your composure. If something you’re explaining isn’t sinking in, it means you as the leader needs to look for a different approach to get the message through.

If you think some more clarity is needed, you can feel free to go back to the Monitor the Work phase again before proceeding.

At this point, I like asking questions about how things are going. It’s mostly to help the subordinate feel comfortable with their skill set in their own mind.

I like leaving off with a line like, “Let me know if you’re stuck. I’d be happy to review the process again.”

I realize saying something like that may open the door to them asking a ton of questions, but I’d rather be interrupted a few times, than have a client relationship, or an expensive piece of equipment damaged by a subordinate guessing what they should be doing next.

Set a reasonable goal. Ideally, a short time frame is great at first. Once you know that the subordinate is consistently hitting their targets, you can set bigger targets with longer time frames.

Have a look at what the subordinate has done and provide feedback.

With a little practice, this type of delegation technique can become fast to employ and incredibly effective.