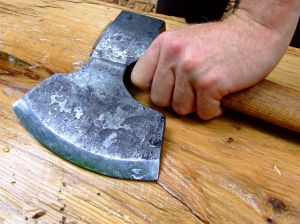 How would it feel to be fired for doing a good job? If you work at Goldman Sachs, good performance may not be good enough.

Each year the company goes through it employees and fires anyone who is a bottom performer. They plan on releasing around 5% of their workforce (1,500 people). Why would anyone want to work in a culture like that you ask? It’s because the firm is a Wall Street powerhouse that pays very well.

Does the Goldman Sachs story make you wonder? Would you work harder at designing your life if  you knew you would get fired at the end of this year if your goals didn’t materialize? Most people would begin to move forward in a big way and do whatever they could to get ahead. There are some though, who would just quit and try to find another line of work. The only problem is that you can’t start your life over. It’s one continuous story.

I challenge you to go out and live 2008 like your life depends on it. It really does. Do you really want to be in the exact place one year from now or moving forward and improving your life? It’s your choice. 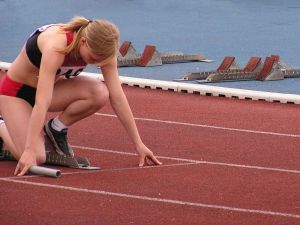 You play like you practice. This is an analogy that most people who play sports have heard at one time or another. The good news is that it works in real life just like it does in sports. Think about it. How can you expect to get great things out of life if you’re not willing to put great things in? I always hear the excuse of, “When I’m rich I’ll…” or “When I start my next job I’ll start doing…more.” The sad fact is that unless you begin putting more effort into your life right now, you may never make it to the next level of success.

The little things you do in life are a microcosm of your life as a whole. The amount of time and attention you put into your work will usually show you how successful you’ll be in the long term. It’s the effort and care you devote to your family, work, and volunteer organizations that gives an accurate indication of how much you care for life in general. People who don’t care about their performance, will never be as successful as those who put their heart into the work. Besides, it’s always the people who don’t work hard that complain about not getting ahead. I know you don’t want to be a complainer.

Here’s the takeaway message
How you undertake something like volunteering is how you will undertake life. Live life now instead of waiting until tomorrow for success to magically appear. It’s small steps that get you to your big goals. That’s the tried and true method for achieving success in anything.

Have an amazing day!

Why do people fail? The answer's easy. It’s because failure is fun.

You're probably saying, Kevin what are you talking about? Alright, just listen for a moment while I explain my point. Failure feels terrible, but to get to failure you often have a lot of fun. Instead of working on important things you may go out and party. Instead of doing the work you need to do, you might just watch TV instead. Hiding from the uncomfortable situations in life gives us short-term benefits, but hurts us in the long run. You’re either barely treading water, or you're sinking. It’s not a fun way to live.

I've talked to a lot of people who call themselves failures; most of which was unjustified. People who consider themselves failures feel that way because they keep reliving the old painful memories again and again in their mind. You need to be mindful of the past, but if you dwell there, you’ll never move forward.

You are capable of far more than you think. It’s only when someone or something pushes you past your current comfort threshold that change happens. If you don't know you can do more, you never will. Obviously, I think you can do more. All you need is a plan and some motivation.

To start with, I’d like you to begin looking for instances in your life where you are enjoying failure. What is so bad about the task you are avoiding? Are you avoiding it because you feel lazy, or because you are scared? Laziness and fear can both be cured, but they take slightly different approaches.

The cure for laziness is called “action.” When you start doing things little by little, the big things will fall into place. It’s consistent forward momentum that gets you ahead. One of the best ways to build up this action muscle is to start hanging around people who are action oriented. In Do you Care Enough to Succeed I talk about a simple way to be around action-oriented people. Volunteer! When I say that, some people say, “Awww shucks Kevin, that sounds like work.” It is work. You’ll never get anywhere without work.

The cure for fear is similar to what we talked about for laziness, but involves a little more. The word you need to remember when talking about fear is “Desensitization.” It’s a mouthful, but desensitization is what will help you break free from your fears. In its simplest terms the word desensitization means gradually building up a resistance to whatever scares you. If you’re scared to be around people, start hanging out in larger and larger groups. If you’re afraid to make phone calls, you need to start phoning. If you scared of heights….well, unless you’re an acrobat, you don’t need to worry as much about this one. I’m just kidding. The same ideas apply to heights as to any other fear. Start with something easy, and keep challenging yourself as you become desensitized. It’s a little scary, but you will never get over your fear unless you start now and keep going until you make it.

Everyone is scared of something, but most fears don’t impact your daily life, so we don’t recognize them. There is a term called Social Phobia, which describes people who have a fear of interaction with others. Since success is so intertwined with social communication, I plan on spending a number of posts on this topic in the coming months.

Just remember to keep an eye out for those situations that make you want to avoid a “must do” task and identify the reason. Recognizing the problem is the first step in correcting it. Failure is fun in the short term, but if you want lasting change, you need to change your attitude and get going.

A caring attitude is the hallmark of exceptional achievers and great leaders. People who care do their best to get involved in important activities and strive for excellence in whatever they do. They take on big roles in the organizations and clubs they belong to, usually leading the way with their enthusiasm. Caring people actually “care” about their work and others around them. When you start caring about others, you will soon find that others start caring about you.

Strive to become a leader in whatever you do. Leaders are held to a higher standard, pushing you towards your goals faster than ever before. Being a leader also opens up other opportunities, like jobs, business contacts, and life-long friends. The best part of hanging out with people who care is that they are almost always willing to share the secrets of their success with those aspiring to greatness (that’s you)

Are you a person who cares?

Get involved in something you care about. The best way to climb to the top is to volunteer. Join an organization or club and get involved in a big way. Take on a big role at work. You would be surprised how many successful people volunteer in organizations. Just make sure you do something you love and put your best effort into it. Everything else will fall into place.

Have you ever sat around and wondered what it would be like to be rich?

How nice it would be to own a sports car perhaps? Of course you have. Everyone has daydreamed at one time or another about achievement.Whether it is at work or at home.

In life you will find that the average person has no idea what they really want. They will tell you they want to be rich, successful, and good looking, but they likely will not have gone into much more detail. If your only definition of achievement is being rich, how much money will that take. If you want to be successful, how will you know? Will you be successful with a long marriage? A good job? How?

This is where dreams come in. By sitting down and recording where you want to be in 5, 10, 50 years, you will have something to base your success on. Dreams give you an idea of what you want out of life if everything was perfect.

The first thing you will need to do is very simple. Sit back, relax, and just think about what you want to achieve during the rest of your life. If you have a money goal, write down the dollar amount that you dream of making. It may seem like an outrageous amount, but don't worry about that.

Your dreams are just that, dreams. They don't need to be realistic right now.