What is Occam’s razor? 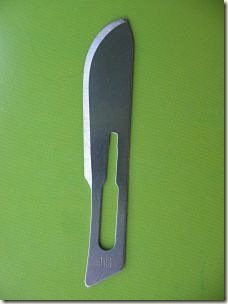 Many people try to quote Occam’s razor as, “The simplest answer is usually the correct one.”

That’s close, but not quite what William of Occam had in mind. A definition that’s closer to what Occam intended is probably more like the following:

“Of two equivalent theories or explanations, all other things being equal, the simpler one is to be preferred.”

It states that if you are asked to choose between two similar hypothesis’s, the simpler model may tend to be right more often than not. Occam leaves a lot more wiggle room in his definition.

Is the simplest answer always right?

There will always be instances where this rule of thumb doesn’t apply, or is completely wrong, but that’s why it’s called a rule of thumb. It’s not exact… it’s just a guide.

Sometimes, a complex answer give a better solution, and that’s fine.

In general terms, if something’s simple, there’s a better chance it will be acted upon and remembered. If you use a simple version of a time management system, chances are good that most people will use it, most of the time.

As you add complexity, the system may become more useful to some people, but others won’t take the time to get over the initial learning curve, and they’ll just give up.

This goes the same for spoken language. If you can communicate in simple and clear phrases, you’ll have a much better chance of being understood by others.

One Paragraph history of Occam’s Razor (AKA Ockham’s Razor)

William of Ockham lived from 1285-1349. Ockham is the name of the village in the county of Surrey in England where he was born. William wasn’t the person who came up with the idea behind the razor, but he was widely known for professing it’s benefits, so it soon came to be known for him. The fist time the term Occam’s razor was used, was in 1852, over 500 years after Occam’s death.

Why’s it called a razor?

Here it is. The question you’ve all been wondering, but were afraid to ask. Why is it called a razor?

In essence, you’re using an imaginary razor to shave off information and theories that aren’t necessary to reveal a solution in it’s most basic form. The key is to remove all extraneous elements, without taking away too much.

Your goal is to come up with a model that works consistently and can be used over and over.

Please keep in mind that all circumstances have an infinite number of solutions. There’s the right solution, but there are also any number of other solutions that are either mostly right, partly right, or completely wrong.

The use of a rule of thumb like Occam’s razor is a way to help distinguish, the stronger solutions from the weaker.

The ideas behind Occam’s razor can be traced all the way back to Aristotle (to a certain extent). Here are a few other quotes you've likely heard that convey similar ideas:

“Make everything as simple as possible, but not simpler.” Albert Einstein was credited with this phrase in a 1977 Readers Digest article, but it’s actually unclear if he ever said it or not.

“Simplicity is the ultimate sophistication.” Leonardo da Vinci, who lived about a century after Occam, left us with this gem to mull over.

Some of Occam’s ideas can also be summarized into what is known today as the KISS principle (Keep It Simple Stupid).

What’s in it for me?

By looking for ways to simplify what you already do, you might find opportunities to save time and energy. If you plan on passing along your knowledge, the time you’ve put into simplifying a complex task will also help others to learn it quicker and more easily.

Your goal is to find the best solution that works for YOU most of the time, and then stick to it (for the most part).