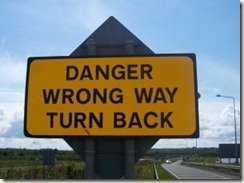 My good friend Brenda likes to quote the famous line, “Good, Fast, and Cheap. You can have any two of those, but you can’t have all three.”

I love it, because it applies to most things in life, including soft skills like delegation. Too often leaders try to force good work to happen, which just ends up in frustrating everyone involved.

Problem #1: When a boss, with 10 years of experience, expects a worker with 1 year (or 1 month) of experience to do the same quality of work as the boss

If you think you were amazing at every part of your job from the beginning, you’re probably mistaken, unless your job is really easy (and I doubt that).

I’ve talked to plenty of bosses who complain that their subordinates just don’t get it. They tell them how to do something over and over, but they never do it right. In some cases, the boss starts doing the work again to “Make sure it’s done correctly.” That’s crazy. How are you ever going to get ahead if you keep going back and doing the work that someone else can be doing.

In order to get good at something you have to do it a few times. It’ll take longer at first and the quality might not be there immediately, but you have to let people start somewhere.

The biggest thing to remember is that they’re not you. Don’t expect them to do everything you do.

Problem #2: Everyone thinks they’re a pro at delegation (but most are terrible)

I’m very serious when I say EVERYONE thinks this. From my experience , at least 95% of managers will tell me they have delegation under control. Of course, I never believe it until I see it.

Let me tell you a story…

I started my first real company when I was in university. I thought I’d be an amazing leader right out of the gate. Growing up, I’d been involved with sports teams and other activities where I’d taken on a leadership role. I told myself, “This’ll be easy. I’ll just delegate in the way that I’d like to be delegated to.”

It turned out to be a disaster. People didn’t like my style and I was deeply hurt. Luckily I was able to get advice from some successful business owners and I learned a lot from my university textbooks. It wasn’t an overnight solution, but I was able to improve my delegation skills.

When I dig deeper with managers, I normally find something very similar. They think that they’re already skilled in the art of delegation. Unfortunately, what they think is delegation usually boils down to them asking someone to do a task as they pass them in the hallway, and then expecting it to be done perfectly the first time.

The scary part is that most people have never been trained in delegation techniques, which blows my mind, as it’s such a valuable business skill to have.

How to delegate better

Take the time to learn a little about delegation, but just be careful what you read. After doing a quick web search; I’m shocked. From what I’m seeing, I don’t think most of these people have ever delegated in their lives. They’ve ripped off strategies and made them more complicated in order to make them look original.

I wasn’t planning on doing more right now, but I suddenly feel a post called Delegation Made Easy coming on.

Here's the first post: How to Delegate – Part 1: It's a Process