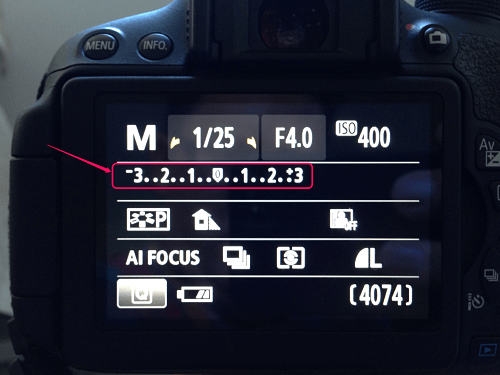 I've wanted to get good at using my DSLR camera for a while now. Mostly so I can take better videos to put up on YouTube. But I figured that since I had a good camera, I might as well put some effort in to learning how to take great pictures with it as well. The fact that we'd be spending a year or more in Abu Dhabi made it seem like an even better idea.

My nephew was amazing and gave my wife and I a nice, entry-level model as a present. I learned how a camera received as a gift can get expensive quickly. Like most people will tell you, the real expense from a camera is after you purchase it, mostly resulting from all the extra lenses and gear you “think” you need.

Anyway, lets get back to learning how to use the new camera.

I tried to get booked up

My first thought was to go online and read a bunch or articles.

I found plenty of blog posts, some including diagrams that purportedly demonstrated how to use a camera properly. I read the articles and absorbed some of the material, but never really felt like I fully grasped my camera.

You see, reading about how to take good photos is great, but I was just doing a lot of reading, and not really taking many photos.

One small visual cue changed everything

Even though there was a huge manual with my camera, there was only one thing I needed to be taught.

Unfortunately it wasn't until we had friends come to visit over Christmas break that things got exciting. My friend Erick had also recently gotten into photography and I credit him with giving me the most incredibly simple tip, that got me excited about taking good photos.

He asked me one day why I wasn't shooting in manual. I told him, I still didn't fully grasp how the aperture, ISO, and shutter speed all went together to produce a good photo.

I'd asked similar questions before, and nobody had been able to give me a 10 second answer like Erick was about to.

He said, “Do you see that little meter on the settings screen?”

He pointed to a meter that I had never paid attention to before. It was a scale from -3 to 3.

“That's what shows you whether your picture is overexposed or underexposed. Adjust mostly the shutter speed and aperture to get the exposure right.”

He continued, “Keep the ISO as low as possible, but don't be scared to crank it up when you're inside.”

As he explained, he showed me quickly how to quickly change the settings. It was easy.

He gave me a few more tips, but that was pretty much it.

I went out and spent the next two weeks roving all over and actually using my DSLR camera to take photos.

So you think you're a pro now?

What all my learning has done is open my eyes to how much more there is to learn. I'm seeing things more granularity now. It's a powerful feeling.

The good news is now that I've got a good handle on the camera setting, I can spend more time thinking about the photo composition (how the photo is setup), modeling positions, and everything else I still need to learn.

I've been doing a lot of research and learning on making users badass. That's a term used by Kathy Sierra. If you haven't checked out her video, I suggest you give it a watch.

She talks mostly about computer coding, but the lessons are universal for creating anything you want people to use.

In hindsight. The biggest thing my exposure meter trick did was remove a derailleur. Sierra talks about derailleurs as things that pull us away from our goal. My issue with learning to use my camera was a problem with not getting feedback. Now that I could use the exposure meter, I was quickly able to get good exposure levels for my photos without having to use a flash.

And all it really took was someone looking over my shoulder giving quick suggestions, and me taking 2000+ photos over the course of 10 days.

Anyway. That's it for now. This was just a fun story that I wanted to share.